You may remember Richard Rich, Sr. as the proud patriarch of the Rich family; an excellent businessman with immense pride in his son. He is constantly asking young Richie to deliver important documents, secure the house from thieves, inspect warehouses, attend business meetings, and usually save the lives of himself and everyone around from bad guys with guns.

But, in the early days of Richie Rich, Mr. Rich was not quite as loving toward Richie as we’re used to. He is a grumpy and hands off 50’s-style Dad, the kind to come home from work and spend time with his paper, brandy and pipe. 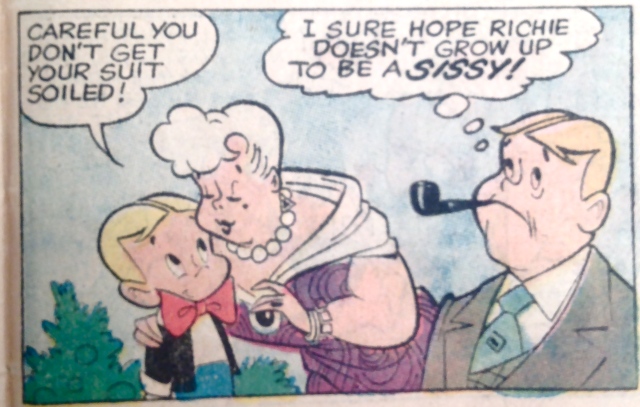 In this story he does some father-son bonding and discovers that Richie is far from a sissy and more of a stud. 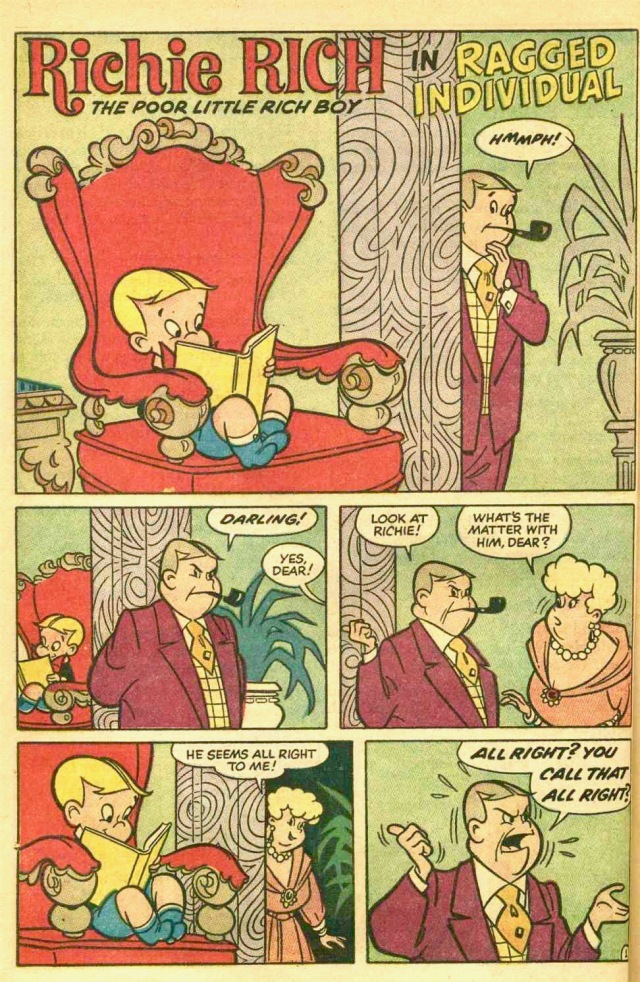 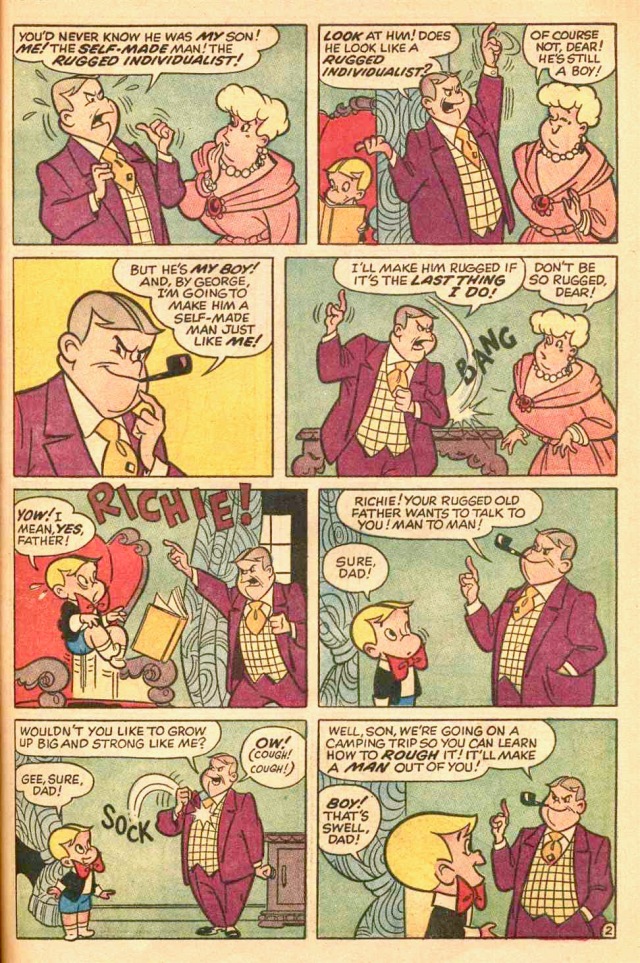 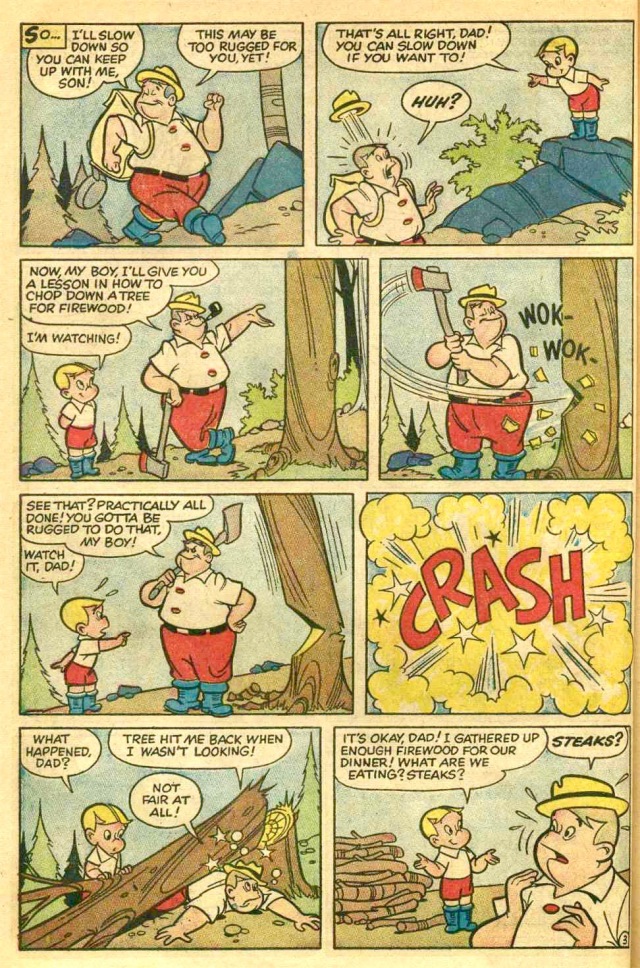 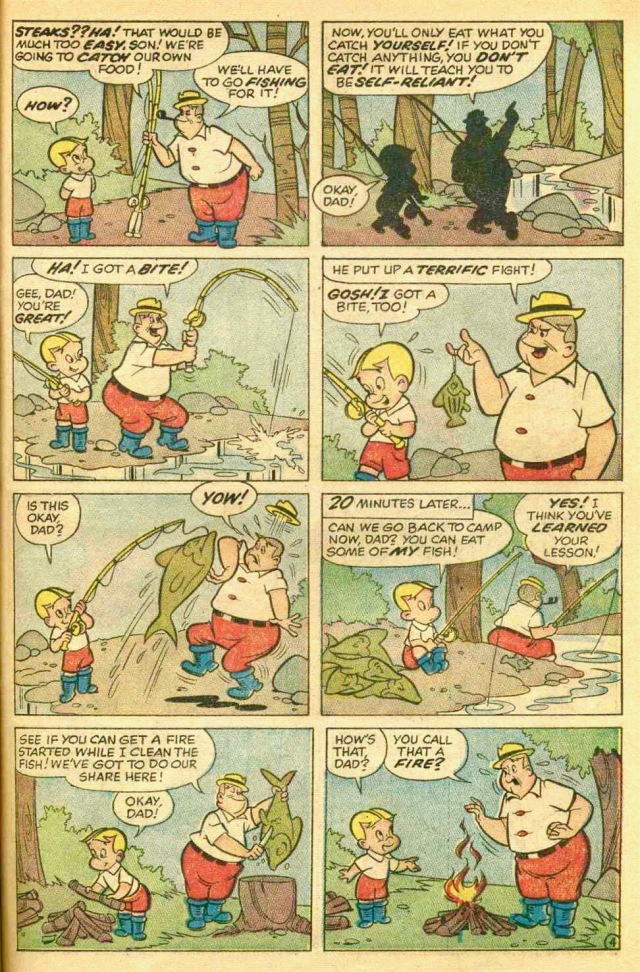 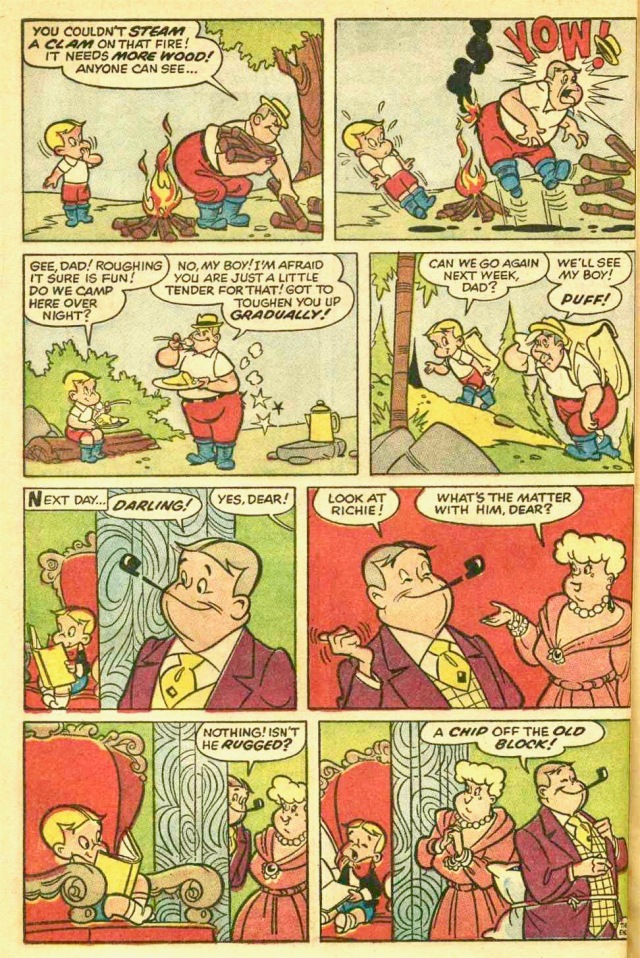 The other thing I find interesting in this story is how Richard describes himself as a self-made man. This is one of the only times this is mentioned that I recall. In the later comics, it is assumed the Rich family has had money for eons. They refer to Rich ancestors in stories and paintings so it seems the Rich money has been handed down and increased from generation to generation. There are also many stories of Richie going back in time and meeting Rich ancestors, or telling them a tip from the future that then makes them wealthy. So, this is an anomaly, but still a fun story to read!