In today’s tale, Richie behaves like a typical, young whippersnapper; more concerned with partying than gleaning pearls of wisdom from the aged. Let’s see if you have more respect for your elders, sonny-boy, and read on… 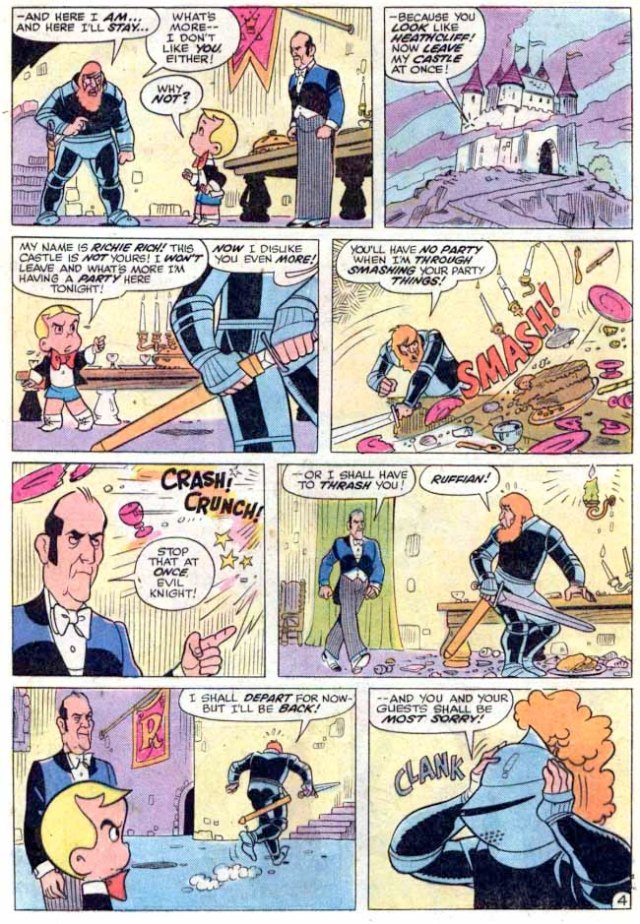 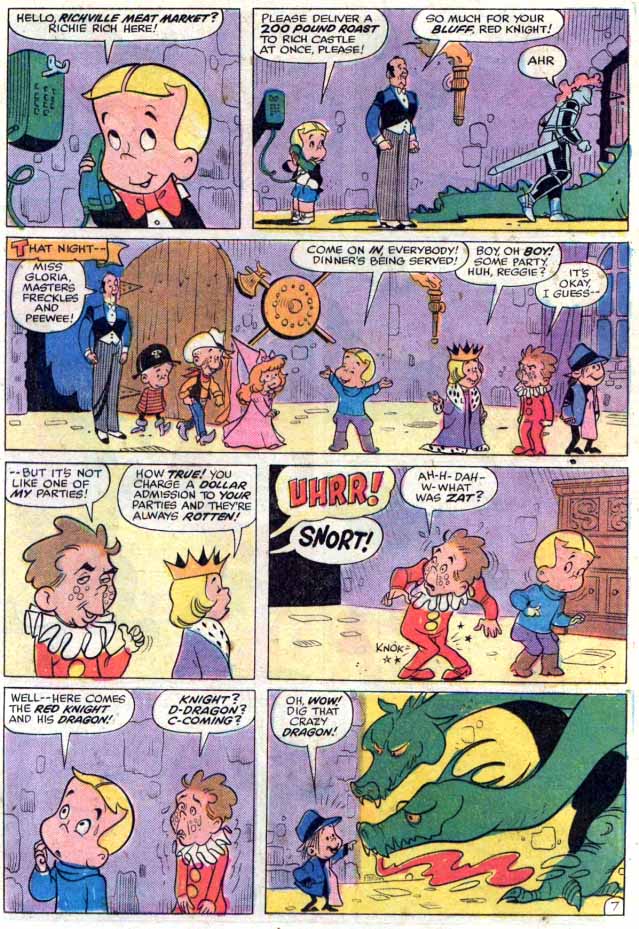 Call me crazy, but were you not expecting a huge party? I was a bit disappointed that it was just the “gang”, plus a few randoms.

Who do you think this mysterious child is? Could he be the ghost of Heathcliff?

It’s curious that Richie is so nonchalant and non-appreciative of meeting a 700 year old person. Why wouldn’t he want to hear tales of ye olden days and about Heathcliff Rich? How much better would the party be if you could say, “Yea, we were at Richie’s bobbing for apples and whatnot and then this 700 year old guy started telling us about mutton, forging metals, and scarlet fever.” That would be the party of the year!

And what exactly is that cut of meat, Pierre? An entire cow sans head, tail, and feet? That is a lot of food for nine kids. But, Richie always has too much food so I’m pleased the dragon and the Red Knight could eat it. What do you think they have been eating all these years?

I would really like a follow up story of the Red Knight and dragon discovering the modern world; thinking cars and airplanes are dragons and such. “Hark! Thar be tiny people trapped in that magical television box!”

What did you think?